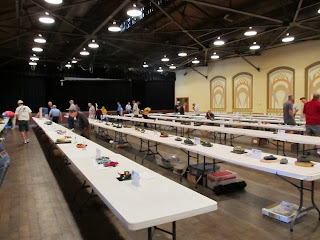 Models on display at the Ogden model show.
On Saturday October 1st, The Ogden modelers put on a model show for the state groups (out of state welcome also). Quite a few of our Southern Front members made a showing there as well. I have to admit that the number of models entered was very sparse, but the timing of the show wasn't too good as it was up against LDS General Conference. 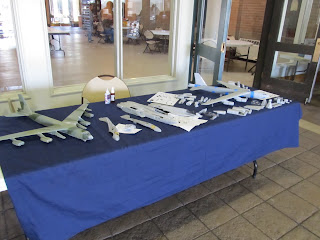 In the vendors area, Daniel laid out a display of his finely detailed work with large scale planes and his resin detail kits. 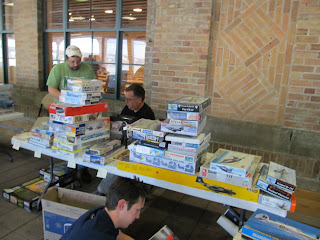 Several of our club banded together to get a table where they could sell some of their surplus kits. Ryan and Clay told me they did fairly well in the sales arena. 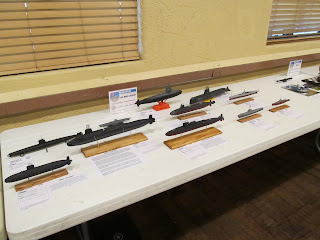 The models in the Submarines category easily outnumbered ALL other ship models entered. It makes me chuckle for two reasons. First, Bill Schuler and I years ago came up with the special award "Trident Award" for best submarine, to help promote submarine modeling. It finally grew to be a busy category on its own for many years now, and the Trident Award has been retired. The second reason I chuckle is because Bill Schuler can almost win the category by sheer numbers. Most of the models in the picture are his. 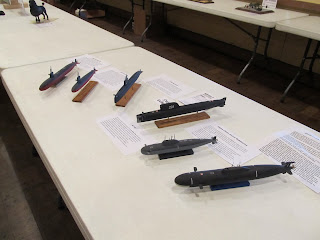 Bill also won first place in Collections with his submarine collection (yes, even MORE subs). To be honest, there would have been another competitor but disaster struck poor Clay. Clay's collection of biplanes fell onto the asphalt while unloading the car, and his models were damaged. Clay's pretty tough though, and he persevered through the show. 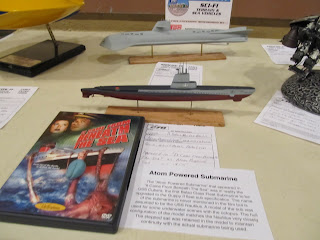 Bill had a chuckle as well during the show. Kind of as a joke, he entered this model of a Guppy 2 Fleet Class sub. This submarine was filmed in the Sci-Fi B movie "It Came From Beneath the Sea." It's modeled after an actual sub, but did star in Sci-fi, so it qualified in the sci-fi category. And won third place! 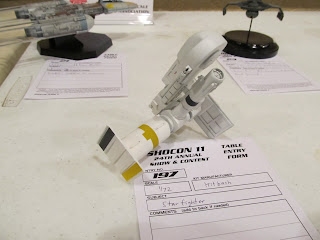 Sci-Fi was pretty popular with our members. Dave R entered this amazing kit-bashed/scratchbuild spaceship. It wasn't on a stand, so it's tilted for this view. 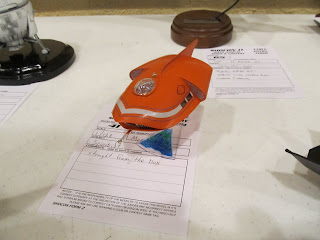 Ryan didn't just have a table, he also entered several kits. Here's one of my favorites, the ship from "Land of the Giants" TV show. 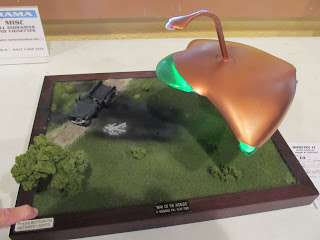 For this post's last picture, there was one I HAD to include. Pete Bave from SLC had a lot of entries at the show. Here's his War of the Worlds MArtian War machine. It's based on the 50's George Pal film. Love the little burned up ash heap where the luckless peace-nic "used to be." This diorama also featured sound from the show, and lights in the Martian machine.
Posted by Mark Daymont at 7:28 PM No comments: